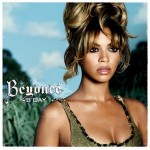 My daughter said to me yesterday, ‘I bet you’re going to be all snobby and sarcastic about the Beyoncé album, aren’t you?’

1)  She looks like a shop dummy on the cover
2)  She sings throughout like a particularly agitated X Factor contestant
3)  The production is multi-layered, expansive and brutally, soullessly metallic
4)  The whole thing’s got just enough musical edge, stylistic variation and lyrical rawness to convince everyone- on first listen- that it’s not merely corporate pop.
5)  It’ll shift a hundred times more units than the astonishing new Mudbone album
6)  There’s nothing here that gets anywhere near the pumping, joyous majesty of her one decent song, Crazy In Love
7)  The videos for the half-dozen lacklustre singles that’ll be pulled from the album will be glossy and showy and she’ll look bloody good in them
8)  It’s more irritating than Natasha Kaplinsky
9)  It’s about as deep down dirrrrty as David Cameron
You were right, love.
Release date: 04/09/06
Artist website: www.beyonceonline.com
Label: RCA