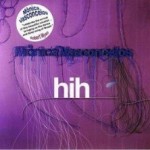 You’re listening to an album that – on the face of it – is a long, long way from rock and pop, is astonishingly alien at times, astonishingly familiar at others: what do you do?

1) First you can wonder- what is it that’s influencing the way I react to this? And you can answer:

A (pissed) evening last week spent listening to klezmer in the old Jewish quarter of Krakow, moved, almost, to tears by words and sounds that seemed- on one level- incomprehensible . . .

Knowing sweet FA about Brazil, bar glimpses and hints: the shock of City Of God, the vigour and fun of CSS, the coma-inducing marshmallows of soft lounge, favelas, murdered kids and . . . the fact that, without the wonder, zest and spirit of the Brazilian teams of the 70s, you might not be the devoted (and long-suffering) football fan of today, chasing forever the chimera of your home-town team offering the same combination of ruthless effectiveness and miraculous skill . . .

2) Next you can think- maybe I should try and contextualize it? So you do:

We approach ‘World Music’ (that terrible, lazy ‘category’) with more than a little trepidation, those of us who grew up having swallowed the myth that one-two-three-four Anglo-American music (all of it, of course, in large part, African-derived music) was the only thing that counted, the only thing that could express how we feel. We approach Robert Wyatt and people like him- oddities, malcontents, revolutionaries simultaneously within and outside our own culture- with a similar apprehension: cognitive and affective and political challenges abound, the alienation of the languages- musically and lyrically- acting as a semi-permeable barrier to any attempt at dissolving into the music, at being moved and melted by it.  The temptation is then to patronise the alien, talk VERY SLOWLY AND VERY LOUDLY to it, whilst sticking, fundamentally, with what we know. We end up with a way of listening that shoves anything with significant jazz, classical, avant-garde, truly local elements, anything sung in Brazilian Portuguese, say, in Bulgarian, in Yiddish or even in an English accent, anything played on unfamiliar instruments, into a little box, patronized and patted on the head- we’re glad it’s there, equally glad if it stays there. We allow in reggae, say, Tinariwen, Buena Vista Music Club, Ali Farka Toure, maybe even Miles Davis, let through bits and pieces of the strange (which themselves have, of course, all been shaped, in part, by rock/soul/blues) to add some texture, bend things out of shape now and then. We maintain some pretty ferocious, if (thankfully) rarely predictable, border controls still: the blokes in the caps, sunglasses and automatic weapons do seem to have waved through a fair bit of Brazilian stuff over the last couple of decades, though, letting it hide in the lorry marked ‘Latin’. Some of its rhythms and playfulness and sadness- the love-life sex and swing of samba, of bossa nova, the morphing of indigenous and adopted US and European musics that’s become MPB- have become familiar, though never mainstreamed.

3) And then you can think- just get on with it:

Mixed with a slightly left-field but never too-skewed jazz sensibility and sound, there’s much of her native Sao Paolo on Monica Vasconcelos’ sixth album, little that’s obviously influenced by the music of her UK home of the last fifteen years, barring, perhaps crucially, a toning-down of South America’s rougher, less compromising urban elements. There’s melody and catch and hook here, throughout: the album welcomes and draws in, rarely alienating, placing The Song first. Vasconcelos’ voice is strong, subtle, mellow, confident, occasionally stunning. Her accompaniment is equally robust, inventive and sure of itself. Importantly, even when a harsher European jazz takes over from the languid swing and sway of South America it’s mostly less atonal, less vigorous, less sharped and flatted and weird-chorded and multi-time-signatured than it might have been: nearly everything lies somewhere between easy and mild-to-moderate listening. There are some wonderful little instrumental breaks, textures and harmonic/melodic hands-round-the-throats from the cluster of Brits and Brazilians playing with Vasconcelos right from the beginning- the guitar and violin on Nega Deleite, the thrumming, massive, elastic bass on Arquitetura, the piano and brisk, military percussion on Coisa De Fome.

But- fourth track in- all this smooth, pleasantly punchy Latin jazziness gives way to an explosively-gentle, startling song that- appearing suddenly like a strange English-speaking island dropped abruptly in the middle of a tropical sea- shatters all the preconceptions and socio-political musings: the unmistakeable voice and mind of Robert Wyatt has arrived, warping and cutting Monica’s own into strange shapes.  The first of two RW/Alfie compositions, Out Of The Doldrums seems to be a lyrical celebration of music, of love: a childlike, ancient thing that brings smile and astonishment and something way, way outside and beyond what we’ve heard thus far.

We turn back for a while, slightly breathless. Fogo e Sal is yearning and intimate, enhanced by little studio playings-around with percussion; Hih is piano-led, slightly loungey and rambling, rescued from mediocrity by wonderfully serpentine bass and a late pushing of the voice with acute, lush harmonies. Lagrimas Negras is slow, smokey and filled with grief, Disritmia surer, more positive, its own voices underpinned with playful bass strings, Sunshine Vignette a beguiling, tempting 36-second snippet of desolation. And then Big Bob comes along again, Still in the Dark stripping Vasconcelos again of her normality, taking her into an Englishness like no other Englishness, sharp and harsh then warm and sweet: beyond jazz or pop or whatever and without continent or roots.

We turn back once again, hyperventilating again, no idea where we are, which planet we’re on, but Pedro is lovely, Monica back in familiar Portuguese, gentle, sensual and subtle, Oracao another deceptively lounge-like piece of generic Latin jazz that opens up and turns itself into something far more intriguing.  And then we finish with a bridge across the two/twenty-two cultures that inform and mould this album: the English-language Salt Meets Fire is lovely, textured, enchanting and warming: an ‘ijexa’, apparently.

An ijexa (sometimes you have to look things up . . . ) is an African-derived rhythm.

(OR, of course- You can just cut to the FUCK IT moment and ask the three crucial questions: