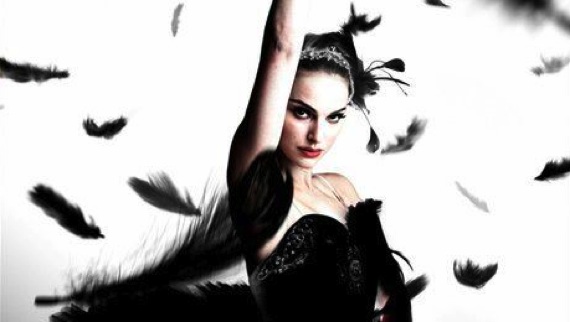 One Saturday afternoon, when I was about twelve or thirteen, I found myself- to my horror- trapped in a well-dressed, respectful theatre in the West End watching Swan Lake. My dad was sitting to my right, my thrilled mum and rapt and awed sister to my left. About twenty minutes into the first Act, dad turned to me, pulled at my sleeve, whispered, ‘Shall we go?’ and led the way out of the place and into a crisp, white, sunny, free London. We walked down the river to see HMS Belfast- and I loved it.

A thousand years on, I’ve lost much of my class- and gender-resistance to the posh, to the ‘feminine’, to high culture and art, to strong and graceful men in tights making me feel inadequate and to women spinning lithe, sensual, sinewy emotion into and around narrative and metaphor and melody. I have in fact, I hope, tried actively to embrace all of that (with the exception, so far, of men in tights) and, belatedly, opened myself up to so much more than the phallic guns and shells, insularity and barely-suppressed rage of the Englishman.

So there are moments of magic here, moments way beyond heterosexual lust or envy of youthful athleticism, that I found stunning and transcendent, that confirmed to me that I’m OK, art’s OK, the world’s OK. Darren Aronofsky’s voyeuristic/revolted employment of the camera, his focus on feet and toes and skin and bone and blood, on the body as symbol and slave and sex and soul, is, on occasion, masterful and entrancing. His use and abuse of the face and eyes and doubt of the sparkling Natalie Portman in the early stages of the film and his fearful, creepy fascination throughout with her porcelain-neurotic fragility and soft, white, fragmenting beauty, is bold and, simultaneously, both hypnotic and aversive. There are brief passages, too, of wild wonder and a visceral, gliding, twisting cinematic deftness in the transformation of Rothbart, say, during the ballet scenes, or in the scratchings, rippings, fracturings and crackings of Portman’s body. Portman’s character’s final acknowledgement of her own lust and evil and transformation into the Black Swan (whilst triggered by a ridiculous piece of over-acting) sees her become, for the first time, truly and breathtakingly sexual and assured and heart-tearingly desirable. Cinema- and life- at its very best.

Yet, for all its sporadic intensity and thrill, this is, ultimately, a deeply unsatisfying, laughably silly film. Shifting from drama into psychological thriller into melodrama into Hammer horror into particularly awful episode of Tales Of The Unexpected, it unravels in parallel with Portman’s character, becoming chillier and chillier emotionally, its heart buried underneath terrible, camp dialogue (stand up, Vincent Cassel), two-dimensional archetypes masquerading as three-dimensional characters (take a bow, Barbara Hershey) and plot-twists signalled so clunkily and unsubtly you start to wonder if the whole thing is one big joke on Aronofsky’s part. By the time we’ve got to a sex-scene between Mila Kunis and Natalie Portman (how DID he sell that one to the producers?), even my thirteen-year-old self would be unable to raise more than a slightly embarrassed smile.

There are elements of an uncomfortable disingenuousness, as well, in the film’s treatment of the rivalries, bitchiness and insane demands of ballet. Aronofsky manipulates the reality of a closed culture seemingly driven by a rigid, sado-masochistic self-abnegation, by self-harm and by anorexia, in order to add to the film’s horror and supposed eroticism, taking the very real horror of the exploitation and abuse of young girls and turning it into grist for his mock-Gothic mill. He acts in a similar way, at times, to Cassel’s slimy, self-serving, charismatic Svengali figure- and by doing so, leaves a bitter, toxic taste.

Which may, of course, be the point. I don’t know, but the sense of being manipulated, of being fed emptiness through a straw of pretension, increases as the third act hams its way towards its predictable finale. The repetitive focus on flesh and perfection and fear and mirrors and metamorphosis, the interminable, cod-Freudian, black/white, good/bad metaphors and the couldn’t-care-less-if-they-live-or-die indifference inherent in Aronofsky’s treatment of character finally render the whole thing vacuous, distancing, meaningless. We’ve moved from the first half-hour or so’s seductive, edgily-quirky, unusually-contextualised character-study into a cartoon world of nastiness, cliche and absurdity. An entranced connection has become a nervous, giggling disbelief, cinematic glory discarded in a vain pursuit of portentousness and meaning.

I wish I’d gone to see it with my dad.