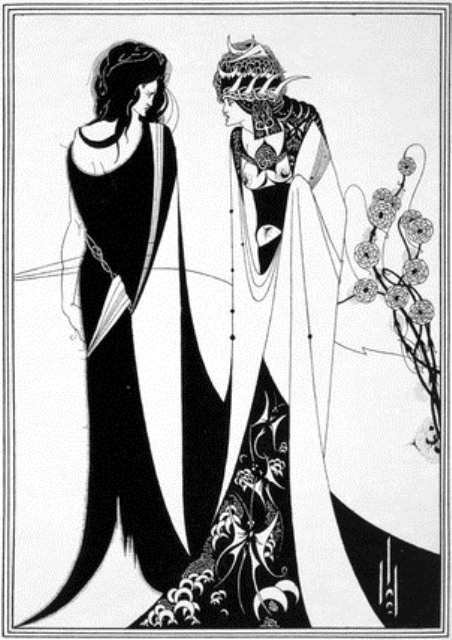 Twenty-five. He was gone quick, soul supposedly
Sold in self-parody, yet he’d already kissed
The Devil and played cards with God a century before
I started to see either of those imposters for who they are.
The world is unforgiving and shrugs its shoulders so often
That we all want to give up but then beauty comes:
God-flower, God-poem, whisper of Godlike-compassion,
God-laughter, the first divine note of that song,
The friend’s more-than-angels lips and the touch of a real hand.

He was a friend of Wilde and I dreamt of him shimmering,
Out of the hotel, yellow book in his hand, collar up and eyes
Sharp and blue, lit up by the camera-flashes and sly,
Strident questions that expected no answer. I discovered him
Only last week and I love him now, for reasons of my own
And in my dream he looked perfect and sweet as he hurried off
Down that street, hard-breathing but eager like Oscar
To rain grey, smiling curses on the simplicities and certainties
Of the bigots who cry wolf and need to be admired.

I never saw this creature, of course, three years before,
As he’d greeted his father with a cough, lungs charred,
Life already over but with a spirit eager, still, to swirl
A greater beauty and death’s cute provocations around
The others, the others who saw themselves
As unwild sons of truth and honour, who sought to piss
On a Brighton boy as he named the darkness
In our hearts and built sandcastles on its condemned
Beauty and swam in their jellyfish chambers.

No. I never saw him but I try and grasp it all, understand when
They say meaning is in the world for us to discover,
Not for us to create. And the thing is this: Aubrey so desperately
Wanted to believe in evil and I so desperately want to believe
In good that I’ll dream him again and again, watch as he clings
To that beautiful, yellow indecency and I’ll feel him consumed
Slowly by their dark breath and I’ll inhale the paintings
And take the photos and feel the minor chords
And I’ll carry on wishing, just for a lifetime, that I was him.

One Response to “Black And White”