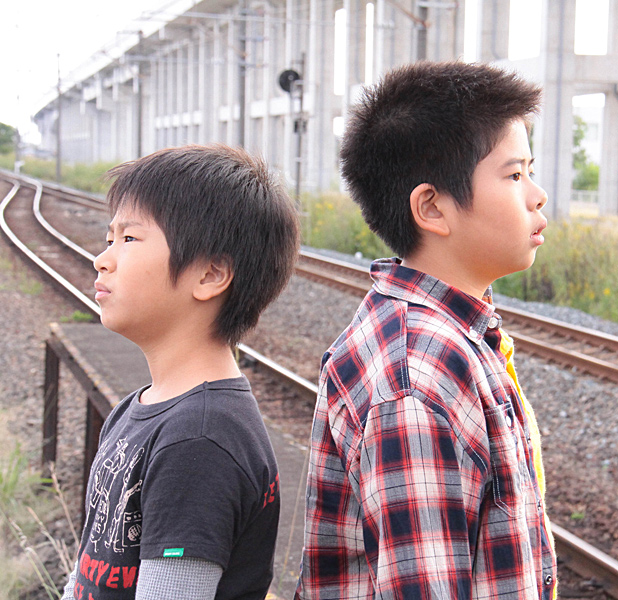 Ear-biting cold, eye-stinging sleet, choking rush-hour traffic, exhaustion, bewilderment, misplaced anger and a Spurs team 1-0 down in France: not the greatest combination of things to drag with you into a late-afternoon Bloomsbury cinema, not the greatest preparation for some arty, subtitled Japanese film. And, for an hour, the paceless, near-plotless, meandering series of clean, careful, exquisitely-captured family snapshots that Hirozaku Koreeda offers up seems deliberately designed to further bewilder and exhaust and enrage. Another two hours of my life I’ll never get back…

But, gradually, a strange thing happened: the agitating slowness and ennui of the first half became warmly anaesthetising and then, teasingly and seductively, shifted into something else altogether, something entrancing and invigorating, something both magical and heartbreakingly honest. The rudely prosaic ugliness of Japanese suburban life started to become speckled with a dancing, poetic humour: the touching, flawed wisdom and stupidity of parents, the faux-wise self-delusion of grandparents and the screeching, wild, cynical/innocent joie de vivre of pre-adolescent children began to construct a new set of perceptions, a new world, a new way of being. The chill outside this cocoon, the bewilderment inside me, began to disappear and I found myself sucked into Koreeda’s strange, familiar world, energised by the need-to-connect of Koki Maeda’s beautifully-played Koichi. I found myself alongside Koichi and his brother, equally stabbed by all the small, incomprehensible parental cruelties, found myself careering up and down station steps with them and their friends, plotting with them to outwit the adults, found myself similarly scared of and awed by the ever-ominous (and neatly-metaphorical) volcano, found myself sensing the love and hope swimming inside and outside the film, found myself starting to believe in miracles and the possibilities of change and transformation… found myself again.

I Wish is magical. A little odd. And disarmingly real. There are scenes here of enthralling power: a mother’s drunk, aching phone-call to her estranged son; the gentle, sensual ebb and flow of an Hawaiian dance; the pain on the faces of two kind strangers who’ve lost their daughter; the joy of just-being celebrated by a dozen energising moments of rush and run; the stuttering, still, surreal climactic point of resolution. The acting is subtle, natural and engaging throughout; the direction unobtrusive and unpretentious. The whole thing becomes a joyful, prodding, caressing escape and by the end, for a while at least, the sleet and pain had retreated.

Ultimately this is a long, sweet, rather lovely film: a compassionate, thought-provoking, delicate, charming and mostly unsentimental piece of work. And if you happen to find yourself near an independent cinema in the next few days, find yourself confused, frozen and knackered… you know what to do. 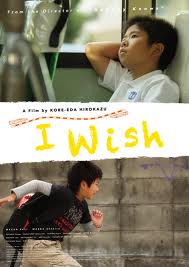