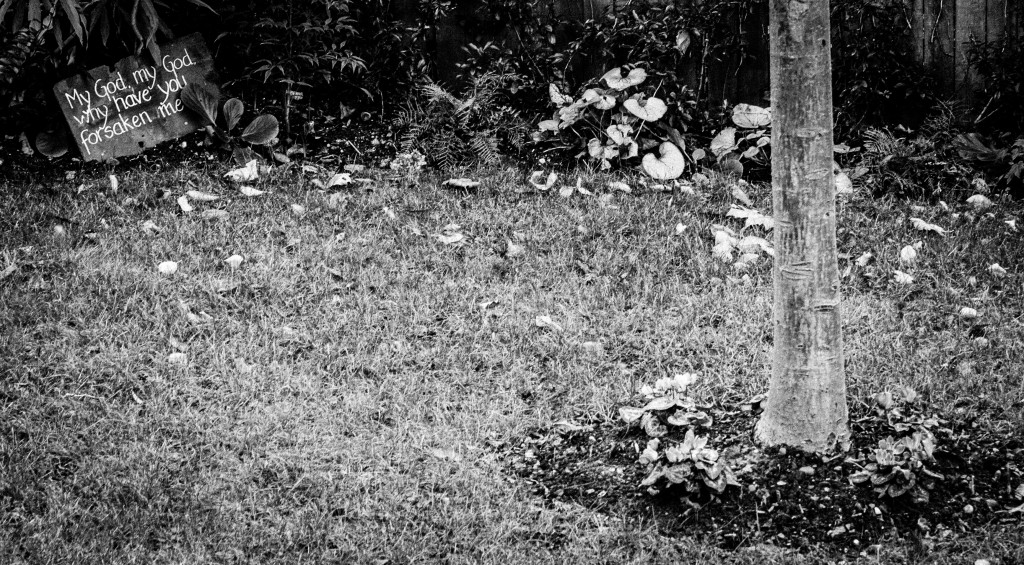 Blue, fluffy, two sizes two small, I wore it every morning for a while, looking like a very small, uncertain IRA man, though I like to think now I made balaclavas cool long before terrorists did. Bafflingly, its unbelievable itchiness, its Napoleonic harshness, the way it made me almost unrecognisable but only almost, the way in which it attracted attention and invited ridicule for its anti-style, its anti-elegance – even in 1970, even in Enfield – meant I hated it. And so, keeping it on for approximately thirteen seconds after setting off for school, I’d turn the corner into Kenilworth Crescent and stuff it in my bag. By the time I reached Baker Street and the fiefdom of the shouty crossing lady with her enormous child-battering stick, you’d never have known I wasn’t always the smooth, debonair balaclavaless man-about-town I knew I was.

One day, I realised the pretence had to end. Enough was enough. Time to make a stand. I refused to leave the house unless I could leave the knitted, sinister monstrosity at home. Words and threats and tears flew but, eventually, I won.The hat stayed at home with mum while I headed off to school to impress Caroline Evans with my impersonations of Dad’s Army characters. Life was good.

And then, at break-time, Caroline told me she’d seen me the day before wearing my balaclava. Told me with a grin on her face. Told me with a smugness she’d (almost certainly) come to regret for the rest of her life. Or would do, if she knew we were an item, if she ever knew I’d just dumped her, my pride crushed, my hurt spilling across the playground. Life was no longer good: I went home and dropped the bloody thing at the bottom of the dustbin. And I never spoke to Caroline again.

And that’s it, really. I never thought about the episode until a few minutes ago. It never affected me at all. Had no lasting impact on me. None. Not at all. And there’s definitely no symbolism or metaphor lurking here. Nope.

(One more thing: I was amazed to see that www.balaclavasRUs.co.uk has what looks exactly like my balaclava for sale. I’m really tempted.)