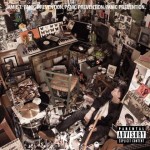 A little way into ninth track Dry Off Your Cheeks, Mr T sounds exactly like Sandinista-era Joe Strummer- strained, throaty, sure of purpose, desperate to be heard, fighting to unite and spread wide- and you realise what this album’s all about . . . END_OF_DOCUMENT_TOKEN_TO_BE_REPLACED 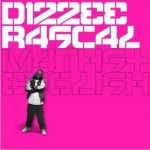 From Twisted Ear:
Spitting sarcasm and a slightly unconvincing rage? Check
Madonna/whore view of women? Check
Ambivalence toward violence? Check
Inability/unwillingness to shake off a narrow range of US influences? Check
Arrogance/self-doubt in equal measure? Check
Clumsy humour? Check
Magpie-pilfering from a rag-bag of genres? Check
Yep, on cursory listen, everything’s in place on Dizzee’s third album for it to be the perfect 2007 white indie-band release. Except, of course, it’s not white and it ain’t indie and things are far more complex than lazy rock journalist parodies. END_OF_DOCUMENT_TOKEN_TO_BE_REPLACED 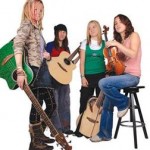 PART A: The Story

When a good friend you haven’t seen for a while suggests you go and see some ’70’s pub-rocker doing Dylan songs, supported by an all-girl folk band described as ‘coruscating’ and ‘funky’ on their own website, what do you do? You try the ‘no money’ thing . . . and he offers to pay for the ticket. You try the ‘too much work on’ thing . . . he tells you you’re drifting rapidly into middle age and to cop yourself on, you boring git. You try the ‘last train back goes at 1.05’ . . . he reminds you this is London- it’ll all be over by midnight anyway.

So- out of excuses- you decide you’ve always liked the 100 Club, really, its sweaty, mystical niche in music mythology still just about intact despite its air-conditioned attempts to move into the 21st Century. And some of Dylan’s stuff, of course, is great, one or two songs transcendental: surely Steve Gibbons (yep- it was him) should be confident enough and competent enough at the age of 147 to at least treat them with enough disrespect to make ‘em bearable? And, and, and . . . What you’re certainly not going to do, you decide, is review the bloody thing- it’ll be a few pints, a few whiskeys and enough blurring of consciousness to cope with the whole inevitable soul-vacuum of self-indulgent wistfulness and over-reverence.

The club’s divided itself into two: on one side, a whisper-quiet anti-mob of polite middle-aged people sitting in rows of creaking wooden chairs like expectant parents at a school pantomime. On the other side, a bunch of balding blokes standing up, clutching pint glasses, ready- if they’re really, really impressed- to nod their heads a bit and even- and this is unlikely, but if SG does Like A Rolling Stone or something later, why not?- tap their feet.

And then support act Tiny Tin Lady come on and (despite the already-descending alcoholic mist) you realize THIS is why we love music. So much power and grace and melody, so many hooks that respect and drive home the please-understand-me’s of the songs (‘I’m not patriotic but I quite like it here . . . I’m no activist, but I’ll fight for you again and again’), so many melodies that don’t just hang there like all the rest, awkward and alone and transparent, but want to embrace us, celebrate our common absurdities together. Choruses- from familiar songs you’ve never heard in your life- that you know will stay with you for weeks. Strong, strong, strong guitar- guitar as percussion and rhythm and melody and communicator. Bass as Wobbley, punchy, driving backdrop to a sound that’s pop and blues and folk, reverent and vital simultaneously. Fiddle as urgent/plaintive, a soulful, swirling, circling swooping edge. A lead voice both tentative and assertive. Vocal harmonies- above all- that sweet-spit words of passion and loss across the centuries and remind you of everyone you’ve ever loved.

PART B: The Facts

Pretty Eyes, Darling, Flowers In The Alley, Green and Brown and Grey, Can’t Touch, In My Room, The Sound Of Requiem

Don’t be misled by the nice, unassuming (and fiddleless) aural glimpses of TTL on their MySpace site: there’s far, far more to this lot than that.

(PS Steve Gibbons doing a bunch of Dylan songs seemed pretty good too. But- by that time- that was probably just the alcohol.) 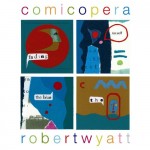 Left with a broken back after an alcohol-fuelled flight from a window in ’73, Wyatt’s been poking at the mainstream with an uncompromising, jazzy stick and a wry smile for four decades. Wheeling briskly in and out to drop the odd- odd– cover into popular consciousness (I’m A Believer, Shipbuilding), he emerged from Soft Machine’s prog-jazz to become one of music’s great collaborators- Pink Floyd, Costello, Weller, Eno, Sakamoto, Bjork, even bloody Sting- and one of its most insistent and empathic embracers and innovators. END_OF_DOCUMENT_TOKEN_TO_BE_REPLACED