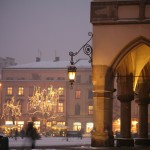 Anyone reading this who knows me well – and particularly anyone who’s been unlucky enough to be trapped in a pub with me recently- will know I haven’t been the easiest of people to be around. Life’s felt overrun with ghosts and pain and endless, circular musings on love and desire. Previous certainties – the ancient, passive acceptance of greyness and of a great big, lifelong, hole inside – have been shattered, leaving a new, very different void, a raw uncertainty that’s felt terrifying at times.

Inevitably, perhaps, my thoughts have been turning inwards and outwards, forwards and backwards. Part of this bewildering adjustment to losing something which was precious and vital (in both senses of the word), which had made life seem, for a while, full of wonder and intimacy and redemption, has been an attempt to forge a new narrative, to make sense of every aspect of my past. A side-effect of coping with that energy and brilliance leaving my life has been a belated realisation that loss – or the fear of loss – has shadowed me since I was a kid. The music I love, the writing I love, the art I love, the films I love, the people I love: all are struck through with an overt sense of transience, hurt, grief, with the inevitability of change, a quality of black, exquisite melancholy. I’ve been wondering, more and more, if Something About England has been an endeavour, at least in part, to begin to understand why it should be that I’m both repelled by and attracted to that darkness. So this bit of the blog is, in a small way, going to try to deal with that attraction/repulsion in a more direct (and probably more self-indulgent) way than maybe anything else you’ll read on here: and I’ve resolved not to edit it at all, to just write.

One of the most striking experiences for me as an adult was one which confronted me – directly and indirectly – with a whole host of overlapping thoughts and feelings, nearly all disquieting and all still pretty much unfiltered, unsorted, unresolved. A couple of years ago, I took one of my fairly regular, brief trips abroad- a couple of days away, again, to find bits of myself and jettison some of the inertia and resentment and anomie of everyday life. This time, though, the journey felt less drifting and less obviously self-centred than usual: this time, there seemed to be a real spark, a genuine focus. Some weeks previously, I’d been to White Hart Lane to see Tottenham play Derby. We’d got tickets in the section right next to the away fans, a small handful of whom repeatedly hissed at us – imitating, as some fans do when they play us, the sounds of the gas-chambers. This was the first time, really, I’d noticed what some would tell you is a common phenomenon; it was certainly the first time I’d felt really upset in thirty-odd years at football (well, the first time that upset hadn’t been caused by Spurs players anyway . . .) Much, much more than ‘upset’, actually: I felt hurt, angry, disillusioned. My liberal sensibilities were ripped, I had no idea how to react. The evil of anti-semitism, the ignorance of bigotry: I tried to excuse the Derby fans, tell myself this was just macho football bollocks, they didn’t know what they were doing, didn’t know the meaning of those noises, of that hatred. But my attempts to persuade myself out of my angst were useless: I kept thinking about it, kept ruminating, slightly ashamed that something apparently so trivial to all the Yids (yeah) around me was having such a powerful effect.

For a while before this, I’d become increasingly fascinated with the life of Charles Coward – a British soldier and Spurs fan, a (perhaps) hero who was said to have saved hundreds of Jewish lives at Auschwitz. I’d decided I’d try and write a biography. But my fascination had been tempered, been warped even, by the sneers of one or two of his old comrades: he wasn’t, they said, anything like The Great Man that Dirk Bogarde played in Password To Courage – he was, instead, self-serving, often narcissistic, not to be trusted, a bit of a Walter Mitty. At one point, during a morale-boosting concert he organised for Allied prisoners in the camp at Monowitz, a few miles from Auschwitz-Birkenau, he apparently mocked the shuffling gait of the Jewish prisoners. The more I’d found out, the more confused I’d felt and my need for a hero was being undermined by Coward’s . . . well, by his humanity, by his flaws.

So these two things came together: I wanted to make sense of my reaction to the Derby fans’ abuse and I wanted to find out more about Coward and my reaction to what he had (or hadn’t) done, to who he was rather than who I wanted him to be. And underlying it all, I now suspect: loss and the fear of loss.

Krakow was lovely, the city centre beautiful, the people friendly, the churches inspiring, the food great. I did all the usual sites, enjoyed myself, the air, the sunshine, the sense of civilisation and history and decency. And then, the second afternoon, I got on the tourist bus to Auschwitz.

I cried a bit that night, the only customer in a small, dark restaurant in the old Jewish quarter of the city, in a building that used to be a public baths. Sad antique furniture bled-through with suffering and stoicism, thick lard on bread, and gorgeous herring, talking in English and O-Level German to the bored waitress, listening to Chava Alberstein records (and, briefly, Motorhead) and drinking vast amounts of sweet wine and terrible whisky: I asked myself how the camp doctor who decided who could work and who should go straight to their death was able to smile while doing so, how he posed for the photographs, handsome and clean-cut and proud. I asked myself how we could both have smiled, the pretty American girl and me, when she said ‘after you’ and I said ‘no, after you’ as we’d filed into the gas-chamber, one by one, after our guide. I asked myself if the accounts of Frankl and others were true and, if so, why the role of the Kapos (favoured Jewish prisoners who essentially looked after themselves and, perhaps, sold their weaker comrades down the river – and worse) wasn’t mentioned on this tour. I asked myself what I’d’ve done, given the chance to be a Kapo myself. I asked myself why the piles of suitcases and glasses and shoes were so strong and strangling and strident in their appeal to the senses of commonality and compassion. I asked myself at what point in our histories (individual and cultural) things become merely factual, objective, part of a story rather than something true and real and alive and human.

I asked myself then, and I ask myself still, why I went to Auschwitz, why anyone does. Was it part of my old restless, pointless search for identity, for belonging, a stumble on the path to a kind of self-discovery? Was it some sort of feeble effort at showing solidarity, at putting a finger up to those Derby fans? Or some detached, purely intellectual curiosity? Was it masochism, voyeurism? A naive attempt to face up to my own capacity for cruelty and evil? Or all of these? I didn’t know then and I’m still unsure. I’d like to think going there was, ultimately, for me and for everyone else who goes, about both losing and rejoicing in our individuality and interdependance – I’d like to think it was about sharing and connecting and joining, about using the mirror neurons we’ve evolved (the ones that doctor and those Derby fans chose to override) that help us imitate, internally, the suffering and grief and fears of others and, thus, help us understand and try to help.

Choosing to go to Auschwitz was, I hope, imbued with at least some of those good things I lost this Christmas but which I’ve been handed back, in a way, by the friends who’ve listened to me and supported me the last few weeks. I don’t think I’m deluding myself. All our lives are, ultimately, transient and ‘doomed’ and full of loss and the threat of loss. But the recognition of – active acceptance of – the awful imperfections that we all share, along with the willingness to truly connect, mitigates them and perhaps even, finally, negates them. We can all be heroes. That’s what I’m hoping, anyway.